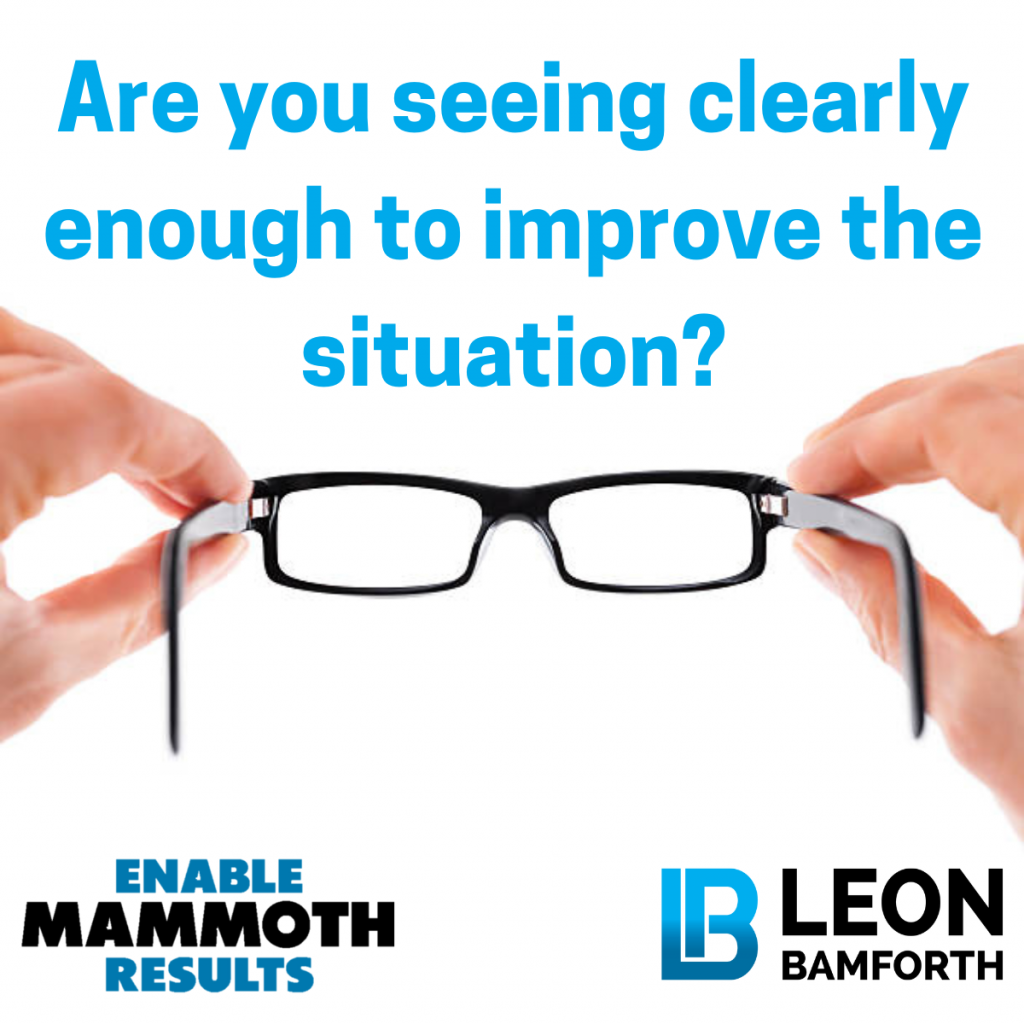 I want you to think of someone that you work with that really annoys you. Take a moment to think of someone specific because if you have a specific person in mind, then this post will be much more valuable and uncomfortable for you. Ready? Now ask yourself, would it be possible that this individual could become one of your favourite people to work with?

Now I am not a mind reader, but I can hear you think “No, because they are an idiot!” That might be fair but at the risk of being inflammatory, maybe it is because it is you who is the idiot? Many years ago, I was given a lift home from work by a good friend. I spent the whole journey complaining about how terribly I was being treated at work. He told me later that after I got out of the car, his little 8-year-old daughter, who had been in the car silently listening to my diatribe, had turned to her father and said, “I can understand why some people don’t like Leon.”

The most under rated human ability is an ability to see what is really in front of us, rather than what we “know” is there. I couldn’t see what an 8-year-old girl could see: that I was as much to blame for my situation as the “problem” people I was working with. When speaking to a group, I often ask people to raise their hands if they have ever worked with toxic people. Almost every hand shoots up. I then ask them to keep their hands up if they are the toxic person. People quickly put their hands down. The maths doesn’t work. I have yet to find the audience where all the toxic people are stored.

To give credit where it is due, some brave souls keep their hands up and shout out “sometimes.” The world is not neatly divided into “toxic people” and “nice people.” We all have capacity for both. The uncomfortable truth is, sometimes we are the problem or at least we are making the problem worse by how we are choosing to see someone and the situation.

Rather than being focused on how we are right, it is much more useful to know where we are wrong. What might the other person be able to tell you that would alter your approach?

Changing a toxic situation into a useful one will require a lot more work, but the first small step could be to recognise that we may be adding to the toxicity. This can feel uncomfortable but ultimately much more freeing and empowering. Rather than be a victim we can change our approach and avoid making bad situations more toxic. We can make toxic situations more manageable. We can even find potential that we would never have guessed existed.

I coached one client to recognise his part in a toxic situation. He hated working for one of his clients because he found him very draining. After a few sessions, he begrudgingly came to see that he was making this situation worse. It’s not just him that struggles to accept his part, it’s hard for all of us. He changed his approach and took the time to listen to his clients’ frustrations. His client loved him for it. The relationship transformed. He came to enjoy working with his client and was more effective in his work. Surprisingly, he also gained a friend. Six months later, his client invited him to join him on Safari in Africa. He happily accepted.

It’s annoying working with annoying people. It’s more annoying if we miss opportunities to have a happier, more productive life because we can’t, or won’t, see how we are annoying other people.

Good luck finding the hidden gems in life that you didn’t know existed.

1 thought on “Are you part of the problem?”