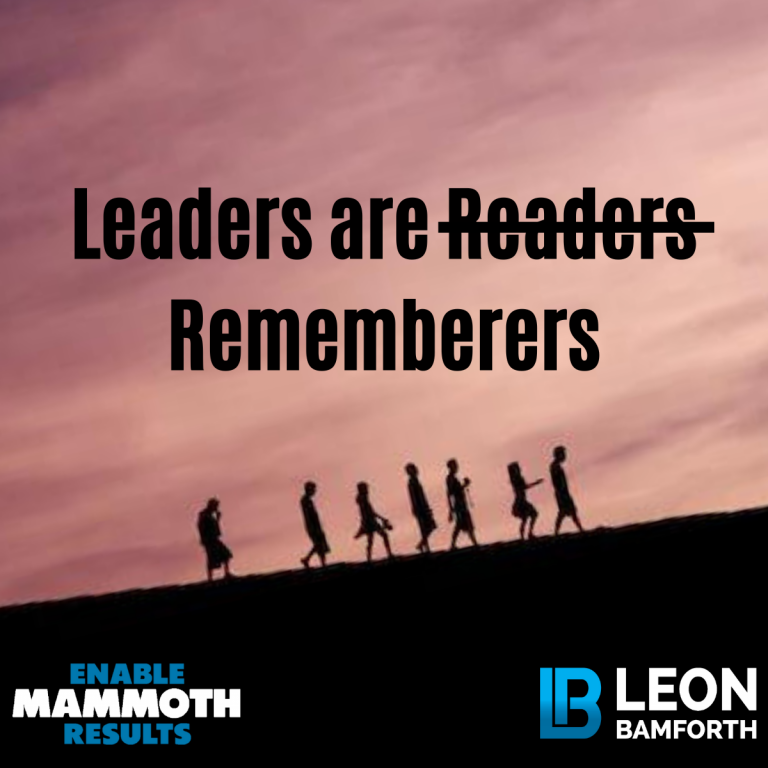 We often use years of experience as a metric for competence. However, experience is only valuable if the right lessons have been learnt from that experience. The skill to find those lessons and apply them can be taught but is not innate (or at least it was not for me!)

The trigger for this post was remembering a question I asked my mum at this time of year, 30 years ago this week. On Friday at 11a.m. those of us in Britain and the commonwealth countries will pause for 1 minute to remember. When I was little, I asked my mum what we were meant to remember. She said it was to remember everyone who had died in wars to help us avoid more wars. So, every year I paused (like I will this year) to be grateful to those who had given their lives but also to remember that war is bad. It was not that long ago that I realised that just knowing “war is bad” is far to surface a statement to have any power to stop more wars. If we are to learn from war, we need to look at the danger of group think, the danger of blindly following order, the value in recognising what choices we do have. In short, we need to understand what it is that makes us human to be able to avoid our ancestors’ mistakes.

If we want the most successful and productive businesses, the same is true. We need to stop assuming and start observing. Only then will we be able to enable our teams to have the impact that they are capable of.

Years ago, I worked for a research group that was part of Leeds University in the UK. We had run a successful intervention that enabled prostate cancer sufferers to record their chemotherapy symptoms in between doctor visits so that they did not have to rely on their memory in the 5-minute doctor visit that they had every 3 weeks. With more symptoms remembered the doctor could then point the patient to already setup services to help the patient have as much valuable life as possible. Things were going great until our main contact in the local group left. Then patient take up of our project dropped off a cliff.

Despite our efforts the intervention just fell apart. One of the women in my team, let’s call her Emma, did a full root cause analysis study to determine why it had failed and what could be done to save it. She interviewed patients, doctors, and nurses. She did lots of analysis and in her impressive report, eventually concluded that the reason that it had failed was that there was not enough time for nurses to complete their tasks (e.g. signing patients up, reminding patients to complete the forms etc). They were just too over worked. Sad, but without more staff we couldn’t move forward. We took the sad decision to halt the project completely. Emma’s report was very thorough and helped her get her PhD (we were a research group after all).  The report’s conclusions were also complete rubbish.

A year later I was working late at the office. One of the nurses from the prostate team was also worked late. We were friendly and would regularly chat about life. This day, completely out of the blue she said, “do you want to know why that project really failed?” I didn’t because 3 seconds earlier I had known the reason. I had read the report. I said “yes, I would love to know.” She leant forward and said “we all hated the nurse that left. She was toxic. She had been driving it so when she left the project was toxic too. If it succeeded, it made her look good. Nobody wanted to touch it.”

I was stunned, not least because I suddenly realised just because I “ knew” something didn’t make it true. I was also stunned that so much effort and rigour had gone into finding out why it had failed. All the “correct” academic techniques had been used. Anyone reviewing Emma’s methods and analysis would have been impressed. Yet Emma never managed to get beneath the surface, so her report had no value. It had less than no value because it had the illusion of knowledge. However, the truth did not fill a report. The truth was one simple sentence: “we hated her, so we hated the project. If the project succeeded, she could claim the success.” Ok, I admit that that technically is two sentences. However, these two truthful sentences could have helped us transform the situation, whereas the report had false answers and these answers were designed to ensure that we didn’t.

I learnt another valuable lesson that I have had repeatedly confirmed: official reports give official reasons; real connections enable real understanding. There was no way, that in any of the formal interviews, any of those nurses would have said say “actually I had the time, I just hated Stephany.” The nurses had a vested interest in not starting the project up again. They didn’t want to engage. They told us “It’s not your project, it’s lack of time.” Perfect cover. This gives me flashbacks of what every one of my girlfriends has told me when splitting up with me “It’s not you, it’s me.”

In our case, we thought the answer to our problem was logical (not enough time) but instead it was emotional (a toxic environment led to bitterness and resentment). For me this is the perfect example of what to look for when transforming employee productivity. Too often leaders think their problems are logical: “we need this many human resources, to fulfil these many tasks.” However, if we really want to enable mammoth results then we need to get beyond that. We can intentionally create environments that employees thrive in. Where they love coming to work. We need to allow business to be fun!

I hope that if you take just one thing from this blog post it’s this: when leading your wonderful group of people to achieve amazing results, put down the impressive report and go and find out what is really going on.

Good luck. If you need help creating environments where employees can thrive then let me know.