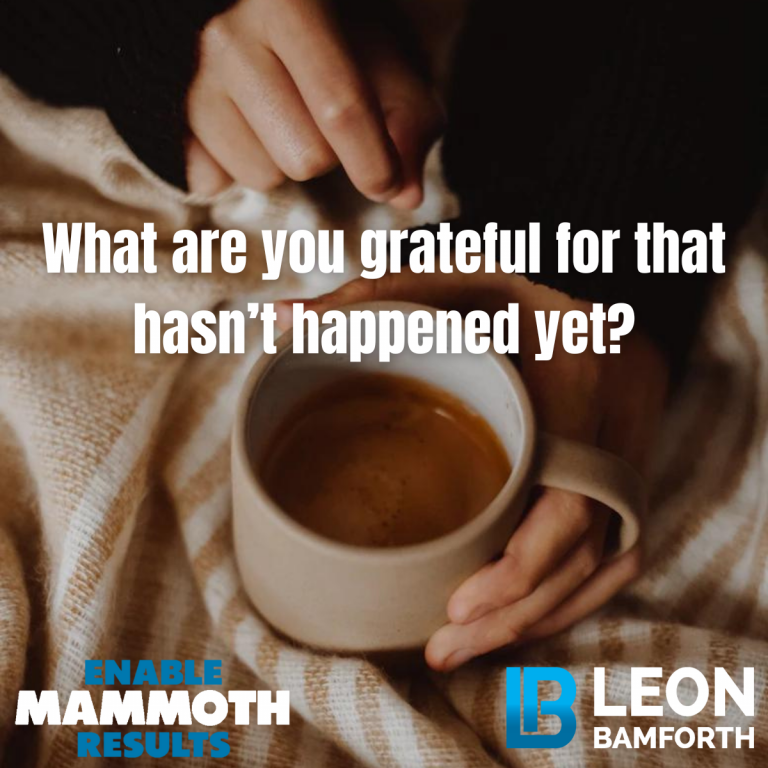 If you work in any size business, you have come across the frustration of having to rely on other teams to complete what your teams need to do. What is the best way of ensuring things go as smoothly as possible? One trick I use is to silently be grateful to them for what they have not done yet.

It is easier said than done though, as leaders, we are trained to look for resistance so we are extra vigilant and try spot it so we can shut it down. Of course, it is a large part of our job to look for risks that might happen and issues that already have happened that will get in the way of delivering our product or service; as leaders avoiding problems is what we are there for. However, the deeper risk is that by seeing those around us as risks waiting to happen, we create the very problems that we hope to avoid.

I have long since found that how I see teams and individuals is often a self-fulfilling prophecy for how they behave. If I treat them as people who I have to battle, then they get defensive I have to battle them.

I see many leaders make this mistake. They are creating the resistance that they are trying to unblock. I have fallen into the same trap myself. However, if I treat people as part of my team, irrespective of what team, department or company they are from then they don’t get defensive and they often solve problems I don’t even know I have. The “one team effect” is a great way to get more done with less effort.

I don’t always succeed in this, sometimes I still feel like I am battling through treacle. However, more often than not I succeed in creating the one team effect and it is fun to solve a difficult problem together with people I have only just met but become close allies.

One way I achieve the one team effect is to internally focus on being grateful for what they will deliver, rather than see them as a problem to be managed. This has a benefit for me too, it makes my job more enjoyable. In negotiating the nonnegotiable, Daniel Shapiro says that “psychologically, a chosen trauma from the past is no different to a feared future; they have the same effect.” Our bodies literally don’t know the difference between the two, we use the same mechanisms to react to both. The same is obviously also true for gratitude. Physiologically, gratitude for an event in the past is no different to a hoped for future. If we focus on being grateful for what others will deliver, we are also reducing our stress levels!

So, what are you grateful for that has not happened yet?