In 2015 Leon had an experience that changed his life and his focus. Just a few months later Leon had more than doubled his income and went from not even knowing a Professional Speaker existed to winning, in 2018, the most prestigious speaking competition in the UK: the Professional Speaking Association’s SpeakerFactor. He achieved all this whilst being a happily married father of five (I know, you’re thinking: five kids? Just imagine how much farther he could have gone if someone had told him about birth control!)

Leon has led and facilitated multi-million pound (GBP) large scale transformation programmes for large and multi-national corporations. Working in business is a big part of what he does. His proven track record makes him an in demand business consultant who makes change smooth and impactful. Leon specialises in empowering teams to own change rather than be change victims.

When Leon helps leaders like you grow their business by having a laser focus of what they are moving towards and away from and having practical ways to really engage staff and stop avoiding conflict you know he walks the talk.

As a former business tools software developer, Leon realised that, despite the default solution to a business problem being more technology, this can make the problem worse. This was driven home with his academic studies showing the massively high failure rate of IT projects. Many business problems do not need more technology but more humanity. Improving communication within and between teams, through better listening to our emotional and human needs, can increase productivity and profits without any costly investment in new technology.

As a recovering techie, Leon was an expert in the art of not listening and thought emotions were for normal people. He has since come to the light and has learnt to let go of the irrational belief that he is rational and instead listens for the deep emotions that drive us all. If he can throw off his anorak, imagine what you could do!

In 2014, Leon was awarded a distinction in a Masters in Informatics by Leeds University so you can be sure he is grounded in science but committed to what works. Leon makes sure you get evidence and results based training. 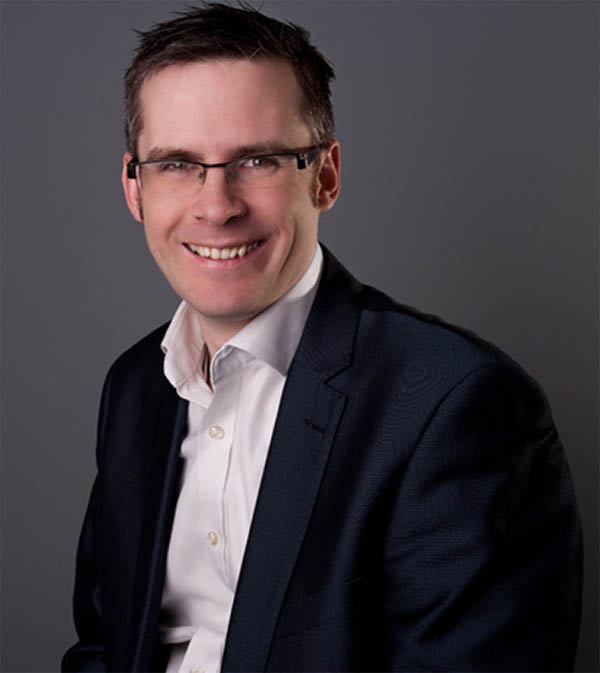 A few kind words about

Last night Sheffield Coaching Exchange we were privileged to experience firsthand Leon's excellent speaking skills. Leon came to our professional development group to share his insights into how emotions can affect business. From the moment he began we were all hooked, Leon knows how to weave a story and make powerful, memorable points. I came away inspired and motivated and took action as a result of being there. Thank you Leon for helping us all to connect with our visions...and our nightmares! 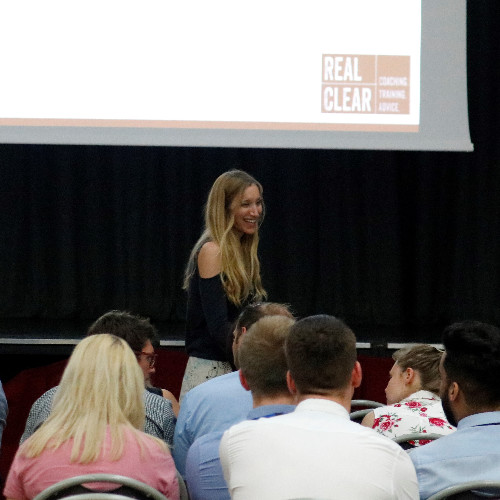 Lisa Read
Sheffield Coaching Exchange
I've seen Leon Bamforth, I think, three times. Every time I've really enjoyed it. He has a great message but he wraps it in this marvellous humour. 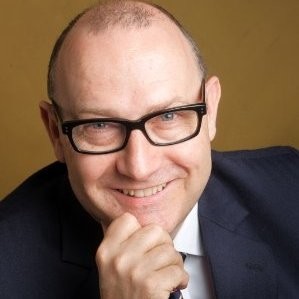 Jeremy Nicholas
Writer Broadcaster Humorist
Leon is a great speaker. Specifically because he immerses you in his story and takes you on a journey where you can't fail to learn something meaningful and helpful. I see a lot of speakers who just talk at you, but Leon speaks to your inner self leaving you with a deep sense of understanding and satisfaction. I would recommend him heartily. 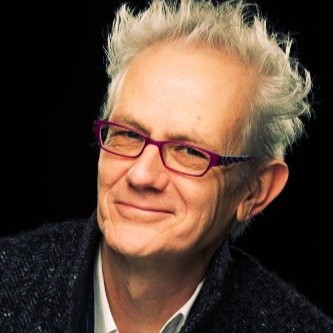 Q J
Professional Speaker Manager
I loved Leon Bamforth’s presentation at PSA inspire 2019, he’s a motivational speaker with real, useful content. Not only did he kind of move me, he made think and now I’ve got a list of things to do. Thank you Leon. 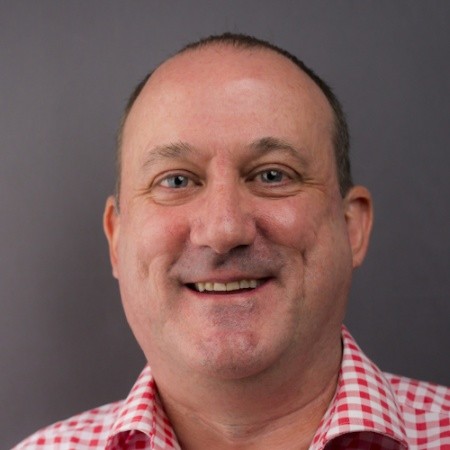 Richard Hagen
Publisher
Leon gave a presentation in Birmingham for the Professional Speaker Association which I attended in November 2019. His session was interesting, inspiring & educational. The most useful part for me was confirmation of the craftmanship behind being a great speaker. Until I joined the PSA I hadn't really appreciated how many elements go into being a great speaker & Leon's session was a blueprint for mastering the craft. 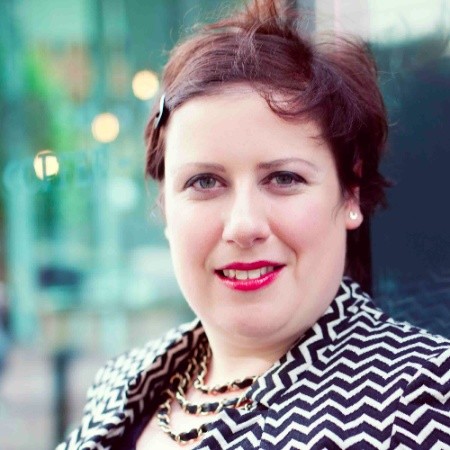 Christina Jones
Facebook Marketing Partner
Leon Bamforth's speech today was really inspiring. He took us on an emotional roller coaster and I don't intend referring to what he was speaking about because it would steal the thunder. But he managed to lift our spirits again and leave us with some seriously good advice which, certainly, I'm going to try and follow. He was methodical, clear, and a thoroughly entertaining speaker.
Delegate
Leon presents with clarity and humour, maintaining the engagement of the audience. In a workshop setting he conveys a passion for self-improvement and desire for excellence in a relaxed atmosphere. Leon is an interesting and thought-provoking speaker. 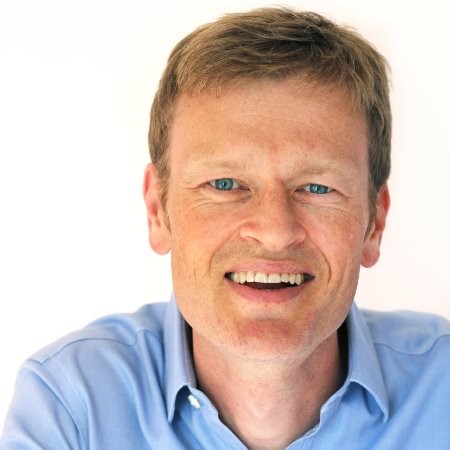 Jonathan Bowring
Leadership and organisational coach
I've just seen Leon speaking for the third time and each time I see him, it just gets better and better. The powerful, moving stories really get you at the heart and his messages about how we're spending time or wasting time is really valuable. I definitely recommend booking him for you next event. 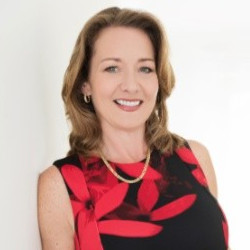 Adrienne Gibson
Keynote speaker, facilitator, coach and consultant
I've just listened to Leon's talk about how he prepared a winning speech for Speaker Factor. It was a fantastic lesson on how to structure a talk, how to give it energy, take the energy up, take it down, how to add humour at the right points and how to finish it off wonderfully. So now I'm gonna go away and take my ideas and hone them even further with the new insights I've got and hopefully come up with a winning speech of my own. 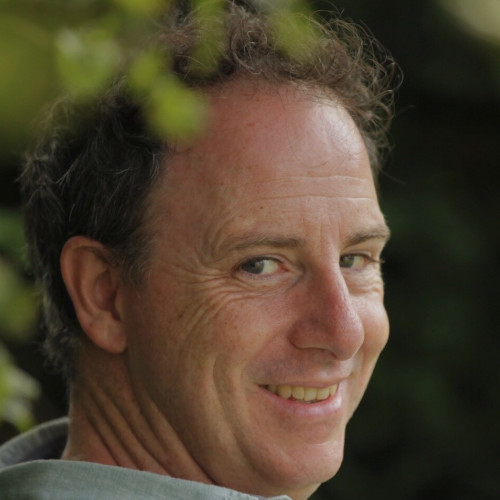 John Hayns
Head Magician at Johnny Oxford
Not only was Leon's talk engaging and entertaining - it literally made us laugh and cry - he also delivered a clear and actionable message which prompted the audience to go and make a change. I'm looking forward to hearing him speak again and would not hesitate to recommend him as a speaker for your event or conference. 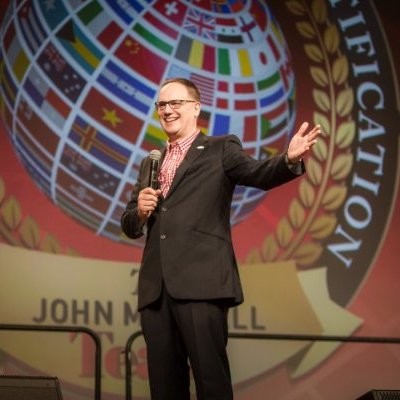 Mark Faithful
Leadership and Public Speaking Coach
We gave Leon the challenging task of delivering the final slot at our company away day with a weary audience who had half a mind in indulging in the summer BBQ just after. Leon had everyone's attention from start to finish. He was funny, engaging and inspirational. My team left on a high with easy to implement take-aways. I would definitely recommend Leon. 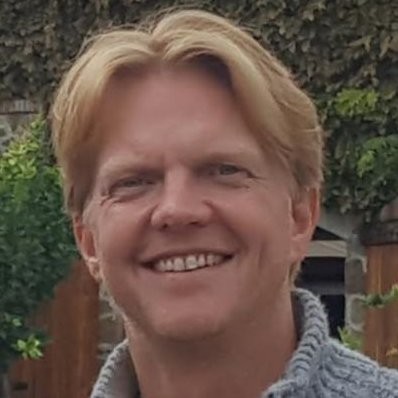 Mike Odling-Smee
Director at AireLogic
Thank you Leon for tonight's presentation to the Coaching Exchange in Sheffield. I really enjoyed it - especially your use of stories and your interaction with the audience. I think your message of 'whose world do you communicate in' is especially relevant to my communications with my autistic daughter. I look forward to trying out some of the techniques you discussed. 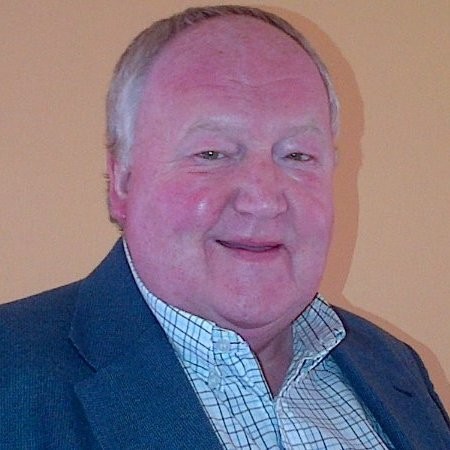 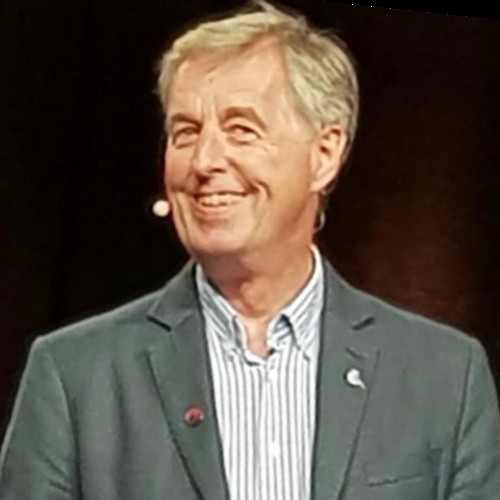 Alan Stevens
Past president of Global Speakers Federation
Leon was absolutely great, a really fantastic storyteller, lots of energy and really took the audience on a journey. In terms of key take-aways, it’s very inspirational and really made you think differently about the sorts of conversations that you were having. 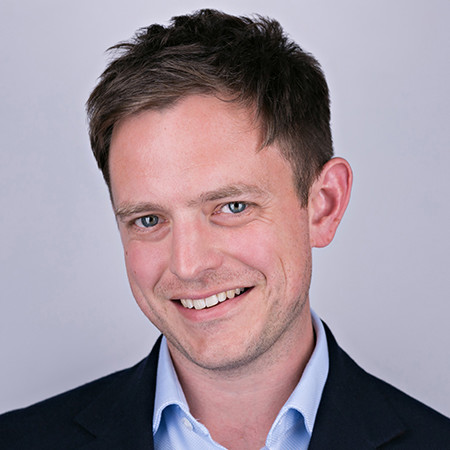 Dominic Colenso
Business Coach
This guy is worth watching. If you haven't seen him speak yet, book your ticket and go and see him as quick as you can. 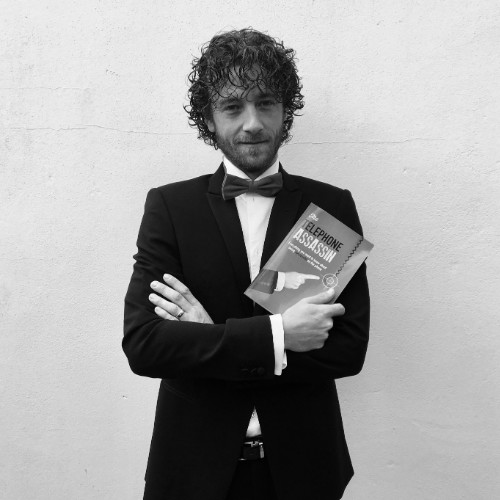 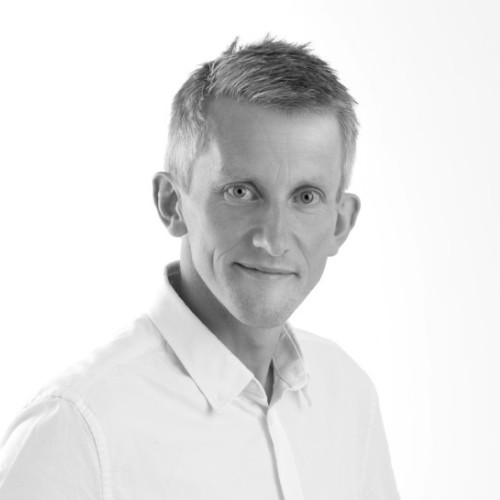 Andrew Pain
Keynote Speaker
Leon is hugely engaging to listen to and gets his messages across in such a way that the audience cannot fail to be inspired to take action. If your workforce could benefit from conflict and resilience tools and you want them to be more engaged as a result, then Leon is definitely someone you should be working with. 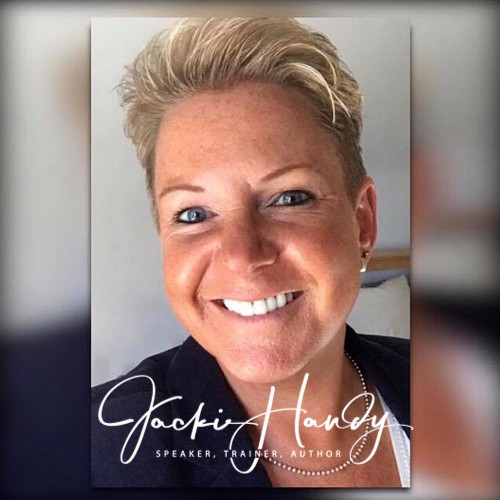 Jackie Handy
Leadership Speaker
This evening I was privileged enough to see Leon Bamforth who won Speaker Factor last year. What a fantastic guy. Inspirational and that is from somebody who sees speakers every month with Vistage. He changed his tone, intonation, he paused. Just a master of his art and somebody who's so inspirational because he keeps learning. 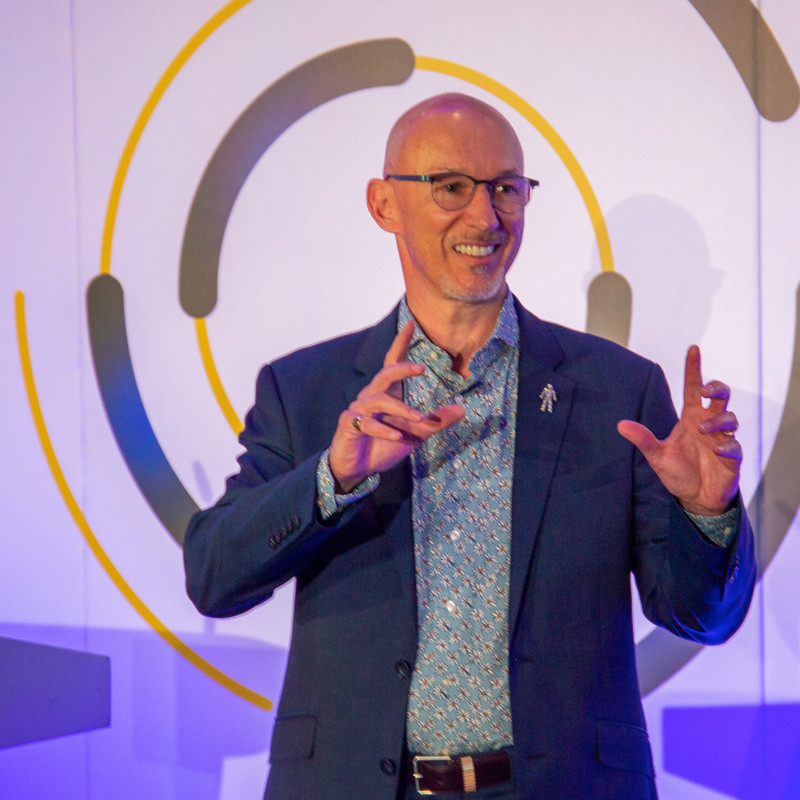 Ian Windle
Group chair at Vistage
I have just watched the most amazing speaker. I can't explain how powerful his speech was. You must book him because what he will do for you, your company, yourself, is he'll give you an amazing message, fabulous stories, take you on-on a journey that you've probably never been on before, but always, always with a very deep, sincere message. He's a very authentic speaker and, my goodness, you'll miss out if you don't book him.
Delegate
Leon is an amazing speaker and a very nice person himself! He takes you through the journey of his life and mind changing situation effortlessly and with such inspiration that all what you want is actually listen and learn! I realised how much time is still wasted actually on unimportant things and was tearful quite few times during the speech... I highly recommend Leon and definitely will look forward to see him speak again! 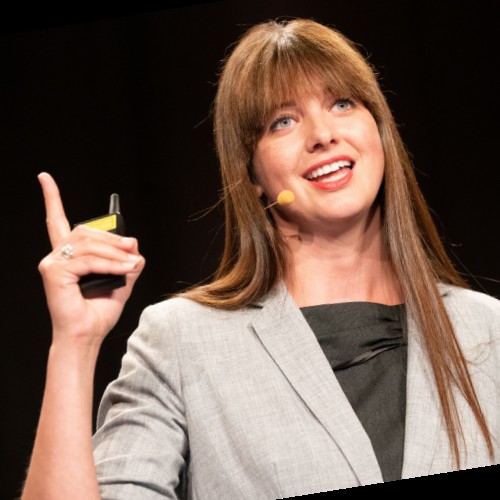